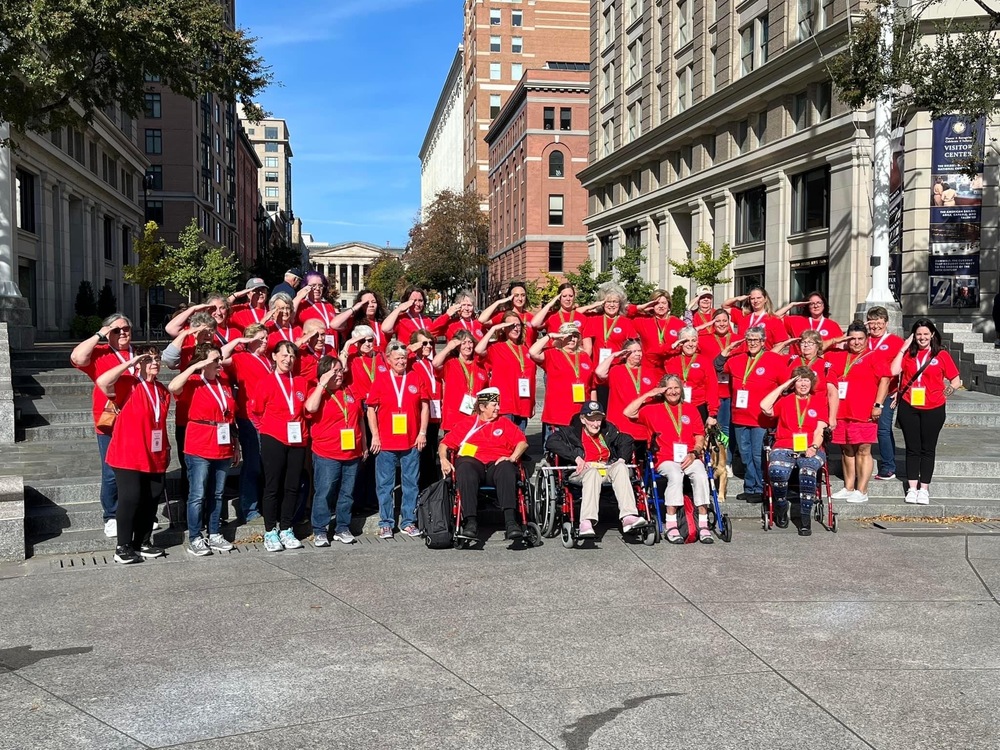 For the first time ever, the Twin Tiers Honor Flight to Washington D.C. was entirely composed of women, and the Binghamton City School District’s own Karen Yeager had the opportunity to be a part of that history. Yeager, an Army veteran and a longtime clerical professional with the district, called the Honor Flight Mission 14 trip to Washington D.C. in early November “a total trip of a lifetime”.

“My parents and grandparents served, and I was unsure of what I wanted to do with my life, so I joined the Army,” Yeager said. “I met the love of my life in the Army.  I wouldn't be here in Binghamton, have my family or the life I have without having made the choice to join. I’m so glad I served.”

“Four female vets placed a wreath at the tomb,” Yeager recalled. “Tears ran down my face with pride.”

The Binghamton City School District was well represented on the flight: Yeager’s guest for the trip was her friend Andrea Booth, a Calvin Coolidge employee. Jesilyn Starzec, a MacArthur Elementary employee, was also on the trip, serving as the guardian for her mother, a Vietnam veteran. On their way back to Binghamton, the veterans received a thoughtful gift of handmade cards from MacArthur Elementary School students, thanking them for their service and sacrifices.